Twitter just announced that its user growth is still in a slump despite the introduction of its Moments feature. This seems to show that in the age where everything for a social media site could change in an instant, one of the keys to surviving the social media rat race is to offer innovation whenever possible.

Users could easily come and go, so social media sites offer new content and retool features as a way to make them stay. Whether it be through big moves, such as Facebook lining up new features ranging from indexing all user’s posts, testing out emoji reactions, instant articles, to rolling out a notification card system, or via small changes, like Twitter changing its star-shaped “favorite” button to a heart-shaped “like” button, these are decisions that site owners need to make to tip the scales in their favor.

Whether it’s for the upcoming elections or for the Internet’s biggest phenomenon, social media use plays a key role in how trends develop. With social media, site owners have an opportunity to showcase their flexibility and tech-savviness and a platform to discuss society’s biggest issues. It also powers the cycle where users adapt and adopt technology.

Here are the other stories that made it to our reading list:

Ditto is a fortnightly selection of stories on publishing, media, communications, and topics that concern editorial professionals from the most credible sources on the Web. We hope to educate young professional writers and editors about industry standards, breakthroughs, and trends, among other things. Usually, you’ll find news and commentaries in here, but from time to time, we also feature tweets, visuals, games, freebies, and other fun but useful stuff that caught our eye.

Can machines beat humans when it comes to editing? It’s Pat Winfield, leading professional editor and owner of Bookworm Editorial Services, against Intelligent Editing’s PerfectIt, a Word add-in that goes beyond the usual grammar and spell check. Click on the link to see the results. (Of course, we’re cheering for Pat!)

By beating Gary Kasparov in 1997, Deep Blue proved that a computer could beat the best in the world at chess. But what about editing documents?

For years, the idea of computer-aided editing was little more than a joke. However, in the age of voice recognition and machine translation, have computer checkers reached the point where they can defeat professional editors at what they do best? One editor agreed to take the challenge.

via Man versus Machine: The Ultimate Editing Challenge | Intelligent Editing. 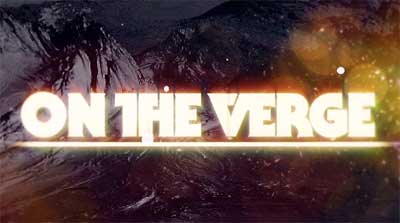 The New York Times columnist David Carr talks about the Curator’s Code, WikiLeaks, NYT’s paywall and where journalism is heading.

YOU CAN DEPEND ON THE WISDOM OF CROWDS TO DO SO, TO SET UP YOUR MEDIA STREAMS — BUT IN MY EXPERIENCE? CROWDS: NOT THAT WISE.

via The Verge interview: David Carr on curation, crowdsourcing, and the future of journalism | The Verge.